Last night, a busy Orlando night awaited me.  With that in mind, I decided to photograph my running around with the camera phone.

Playing in my car stereo, Ibiza 2016 (Deluxe Version) was the evening’s soundtrack.

First, I drove to the Orlando Barnes & Noble located on Colonial Drive.

There, I bought a DASH diet cookbook and a photo mag.

Yet, before I purchased them, I ran across Stephen King’s IT novel.

I’m sorry, I do not have the patience for a 1200 page book.  Maybe, I’ll skip pages and read the gang-bang scene folks keep talking about, a scene that never made it to film.

Next, I drove over to a Miller’s Ale House, located in the same plaza as Barnes & Noble.

Because of high blood pressure, I have to watch my diet. Fish tacos fitted the bill. 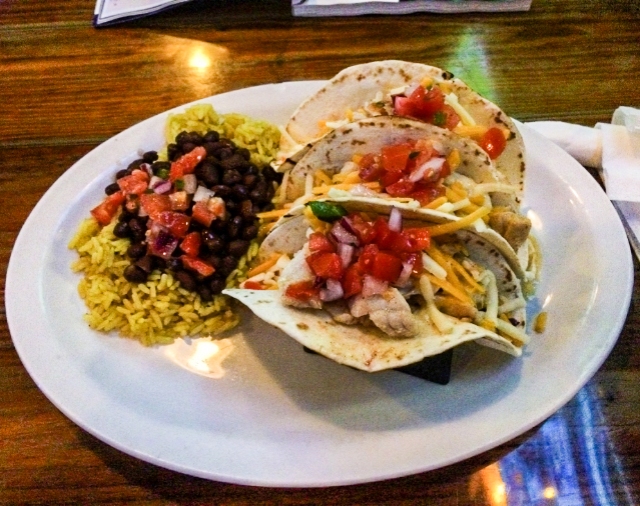 Every since my friend Christa Wright introduced me to them, I’ve become addicted to fish tacos.

After leaving Miller’s Ale House, I walked over to a tanning spot I always notice when I drive to this plaza.  Amused by white folks spending money trying to get my beautiful skin tone, I decided to make a joke out of it.

Next, I cruised to Mill’s Avenue.

First, I went to Lil Indies. 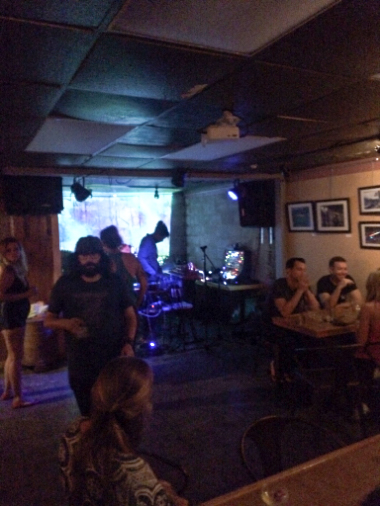 Lil Indies was taking funds for hurricane-ravaged Puerto Rico. For that reason, I decided to hand over a couple of bucks.  Giving money for Puerto Rico was why I came here in the first place.

During my short visit, Moloko Plus was playing some cool electronica.

Next, I crossed the street to Wally’s.

My two favorite bartenders Jena and Cindy works here. One night, I explained my current health problems. Also, I told these two because of those health problems, I quit drinking.  Like true friends, they supported my decision. Now, when I visit Wally’s, I just drink Diet Coke.

Next and last stop, I cruised to The Lucky Lure.

Previously, I found out Rob Slac and Ken Sherry was DJing here. For almost two decades, I photographed nights they DJed.

From what I understand, house music may be playing here every Saturday.  Because The Lucky Lure is free entrance, I think I found a Saturday night spot to go.

Angelina, Colin and Me.

Karen, Andrew Spear and me. 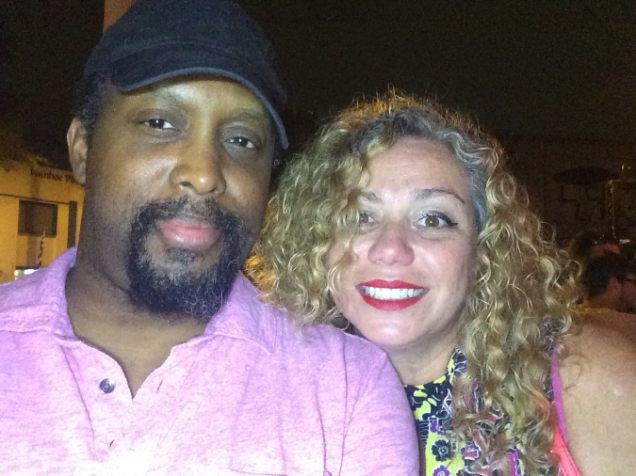 Me and long-time friend Victoria Rosario.  She is also a talented artist.