Give It Up, Right-Wingers, White Women Aren’t Staying Away from Black Men

Recently, a propagandist flier appeared on the campus of The Southern Methodist University in Dallas. The message? Why white women shouldn’t date black men. According to the flier, black men carry STDs. Also, if a white woman birthed interracial children, the flier says the kids won’t be smart. (Hey, fuckers, you’re talking about my niece!) Then, it warns white women that black men are violent.

Also, notice the flier keeps showing blonde women. Seeing how my past stalker was a blonde, I find this hilarious.

Where was this flier years ago? This would have saved me a whole lot of headaches. Yes, tell white women to leave black men alone, especially the drunk ones that hit on us in bars. A brother can’t even drink booze in peace without some drunk white woman attacking him. If you don’t say anything back to her, you’re accused of being racist. It isn’t even limited to the bar scene. During my grocery shopping, white women stare at me all the time. A brother can’t even buy pork chops without some thirty to forty-something white woman staring at him. Sometimes, they’re older. Who the fuck do they think I am? Denzel Washington? Yes, white women should read this flier about dating black men. This would save a whole lot of black men unnecessary headaches.

Of course, white women will not leave black men alone, even the ones who voted for Trump. Hell, even Republican darling Sarah Palin allegedly possessed jungle fever. I guess the big dick myth backfired, the one about black guys having huge peckers. Now, white women want to find out if that myth is true.

Here’s another thing. If most white women voted for President Pussy Grabber, why the fuck do you want to say black men are violent? Since, it appears most white women own a thing for violent dudes, they just may want to taste violent chocolate…with a big dick. Thanks for sending more crazy white women my way, assholes!

Give it up, right-wingers, white women are not staying away from the brothers. 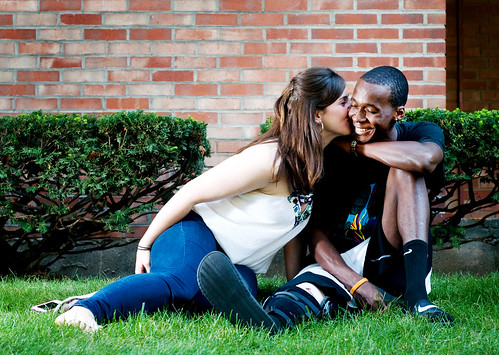 Most of Central Florida knows Stone Crazy (Patrick Scott Barnes) as a poet. Yet, he also photographs, DJ and blogs. The rest of the time, the now sober blogger guzzles Diet Coke in Central Florida nightspots.
View all posts by Patrick Scott Barnes →
This entry was posted in life and tagged donald trump, interracial romance, racism, The Southern Methodist University in Dallas, Why White Women Shouldn't Date Black Men. Bookmark the permalink.